Nine Tips for Being a Male Ally at Work 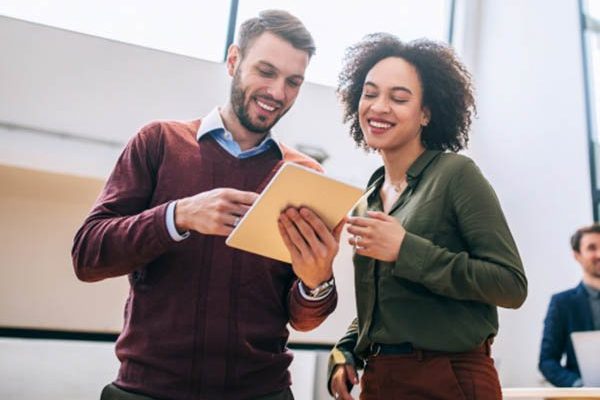 Here are best practices for supporting diversity and inclusion at work.

The COVID-19 pandemic has disrupted our work lives, particularly for women. As of January 2021, over 2.3 million women had left the workforce in the U.S. during the pandemic, leaving only 57% of women working or looking for work—the lowest rate since 1988. The pandemic seems to be setting back many of the gains that those who identify as women have made in the workplace in the past several decades.

This hurts women, businesses, and society. According to a 2012 study of 1,500 companies, “female representation in top management leads to an increase of $42 million in firm value.” Female leaders seem to be particularly important for companies thriving on innovation. Notably, the more women occupying a company’s C-suite and corporate boards, the better its sustainability and corporate social responsibility initiatives.

One pathway toward creating a culture of diversity and belonging is to empower allies at work. An ally is someone who is not a member of an underrepresented group but who holds a position of privilege and power and can advocate and take action to support that less represented group, without taking over their voice. Research suggests that when marginalized group members have coworker allies, they have increased job satisfaction, lower anxiety, and a stronger workplace commitment. As women make their way in a post-COVID work world, male allies can help advocate that their voices are heard and that commitments to equity and inclusion are taken seriously.

To address bias against women at work, and have brave conversations about topics such as equal pay and equitable hiring and promotion, men who hold positions of power—normally white, cisgendered men—need to use their influence, knowledge, and resources to support folks who identify as women, people of color, and marginalized communities. Allyship is important in making sure that everyone is not only invited to the table but is also heard, acknowledged, and recognized for their contributions.

Being an ally is by no means easy. Would-be male allies may struggle to identify subtle forms of sexism or exclusion at work and fear backlash when they speak out. Research suggests that men may be unsure how to be an ally and have trouble navigating power dynamics at work. But a commitment to equity, as well as support from other men, can help motivate men to act as allies.

When men speak up on behalf of women, they’re more likely to be taken seriously by other men. As a result, women who have experienced sexism or oppression feel more confident and empowered. According to a new study, women who believe they have strong allies at work feel a greater sense of inclusion and more energy and enthusiasm on the job.

Below are some suggestions for how to be an ally to women, and how to create a broader workplace culture that welcomes allyship. These recommendations are based on my personal and professional observations and the countless interviews I conducted with folks on this topic while researching my new book Shine. I also share stories from several inspiring male allies (and friends) whom I interviewed on this topic on my podcast.

How to be a male ally

If you’re a man in a position of power within an organization and you recognize you can influence the work culture for the better, here are some best practices.

Declare yourself a male ally to yourself and your team. Vince Guglielmetti, Intel’s vice president of the Americas general manufacturing operations, has publicly claimed himself to be a male ally with his leadership team and direct reports. He sees himself as a balance of masculine and feminine qualities. “I am my mother’s son,” he often says. Intel has a commitment to hire 40% women in technology fields by 2022/2023. Intel has created a framework that builds a pipeline, hires above parity, retains people, and promotes inclusive leadership.

Be mindful of your bias and embrace a growth mindset. Brian McComak, who is a diversity and inclusion consultant with over 20 years of experience in human resources, sees allyship as grounded in the awareness of privilege.

“What the concept of male allyship does, in my mind, is centers an understanding of the experience of men and the privilege of men in our society. The key element of it is having an awareness of how that identity shapes how I get to experience the world and how I use that identity to make a difference,” says McComak.

Research suggests that teaching men to reflect on their privileges and encouraging awareness increases men’s sensitivity to and willingness to confront sexism.

Go to the source. Ask women, nonbinary people, people of color, and other less dominant groups how you can help. Do they need sponsorship, mentorship? More learning opportunities? Something else? Ask how you can support them. You might share your social capital through information and knowledge, or your influence through organizational resources, invitations, and introductions. 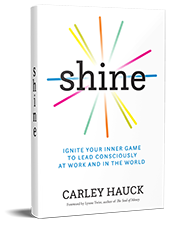 This essay is adapted from Shine: Ignite Your Inner Game to Lead Consciously at Work and in the World (Sounds True, 2021, 304 pages). Want to learn more skills about how to be a conscious and inclusive leader at work and in the world? Sign up for a free handbook and other free resources on this topic at www.leadfromlight.com.

In his role as an ally, Guglielmetti is straightforward, asking women, people of color, and LGBTQIA+ people, “I know you need my voice. How can I be your voice?”

Cultivate supportive partnerships with women and less dominant groups. “I think of [male allyship] as the lifelong process of building relationships based on trust, consistency, and accountability with marginalized people,” says Willie Jackson, head of learning and development at ReadySet, a consulting firm specializing in making more equitable, diverse, and inclusive work environments.

Over time, relationships like this allow you to gain an understanding of perspectives, life experiences, and identities that are different from your own.

Speak up and “call in” other people if you see them abusing their power with others. As an ally, you can hold conscious or unconscious acts of hurt, exclusion, or harm accountable, also known as microaggressions. Stating what you see happening and taking a just action are key to change. Silence is complicity and only perpetuates the cycle.

For example, Guglielmetti challenges and speaks directly to microaggressions and recruits other male leaders to take on male allyship roles and lend their voices to disenfranchised minorities. Research suggests that allyship is more empowering for women when men act out of a belief in equity, rather than the paternalistic idea that men should protect women.

Step back so others can step forward. Kyle Grubman is a principal learning and development partner at LinkedIn. When he is asked to work on a project or has the opportunity to volunteer, he considers whether saying no to the opportunity might allow someone else to take it on, someone who wouldn’t normally get asked.

Similarly, when Jackson is asked to speak at an event, he sometimes suggests women to speak in his place. He also tries to “take up less space” in meetings, speaking less and welcoming more women’s perspectives.

Model different ways of being. Instead of conforming to masculine norms in the workplace, where people are expected to be aggressive and unemotional, Jackson tries to show up with more gentleness, empathy, and vulnerability at work, which hopefully allows women and other folks to do the same. “That gives them permission to do so as well, and subconsciously signals that they don’t need to perform or show up in a particular way in order to engage with me in order to seem credible,” he says.

Be mindful of the way you communicate. Realizing the ways that bias can creep into language and conversations, Jackson acknowledges the potential impact of his words and tries to invite discussion and feedback. Before expressing an opinion, for example, he might say, “Not to mansplain this, or you might know this better than I do…”

In his role as a leader, McComak acknowledges his fallibility and invites feedback from his teammates. “I want to be respectful. I want to be encouraging. I want to be supportive. And I also know that I’m going to get it wrong sometimes,” he says. So he tells his team: “I want to be open to hearing what you need to help me understand or see differently. And if I got something wrong, then I will apologize for it.
You have that permission to challenge me, and I’m really grateful.”

Understand the impact your words or actions have caused in the past, take responsibility for them, and course-correct. Grubman acknowledges that it can be difficult to work hard at being an ally and then receive feedback that your words or actions have hurt others. For example, at a workshop he organized where he actively tried to celebrate stories of all genders, he was told that the many sports analogies he used made it feel less inclusive. “It’s hard to sit with that feedback, but I know it’s good for me and I know it reveals blind spots,” he says. “It makes me better in the long run.”

How to encourage male allyship at your workplace

When we raise our expectations on matters of inclusion, we can have deeper conversations on this essential aspect of workplace culture. No matter your gender, here are some structural ways to encourage male allyship at your workplace:

Personally, I have learned the benefit of asking male leaders and mentors for sponsorship and mentorship in my life. I wouldn’t be where I am if I hadn’t had the courage to ask for the support of male allies.

To encourage the momentum of male allies, we can also acknowledge the men in our lives who have sponsored, mentored, and supported us in different ways. One simple way to do this is to reach out to these people to show your appreciation. We can also encourage men to challenge other men to be better: to be advocates for women, people of color, marginalized identities, and LGBTQ+ folks. We can encourage men to be vulnerable and showcase all of their emotions—sadness, anger, fear—by creating a culture that embraces a social contract of nonjudgment, psychological safety, and kindness. In this way, we can support a more wholesome version of manhood and of being human.

This article was originally published on Greater Good Magazine.

Carley Hauck is the founder of Leading from Wholeness and Chief Love Officer. She works as a learning, leadership development consultant, executive coach, speaker and author. Carley teaches on the topics of leadership, emotional intelligence, resilience, and communication at Stanford University and UC Berkeley Haas School of Business. She has served companies at LinkedIn, Pixar, Clif Bar, Genentech. Carley is the author of the book Shine-Ignite your inner game to lead consciously at work and the world with Sounds True.

The Role of Male Allyship in Conscious Leadership and Business
February 28, 2020

Cultivate Commitment to Inspire the Leader Within
March 7, 2019

How to Be More Compassionate at Work
September 14, 2017 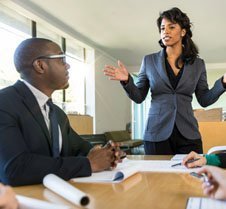 Bring your leadership to the next level 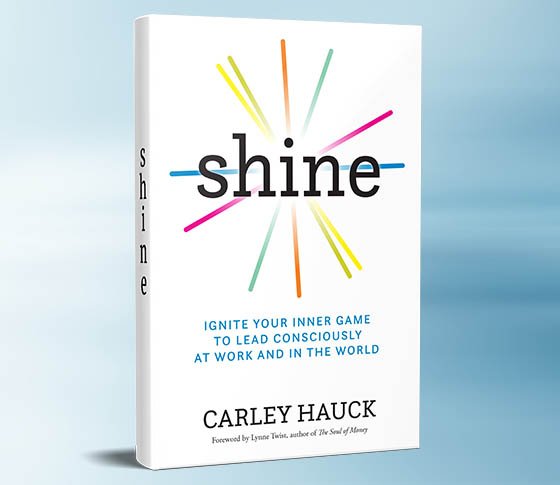 Go to Top
Send this to a friend